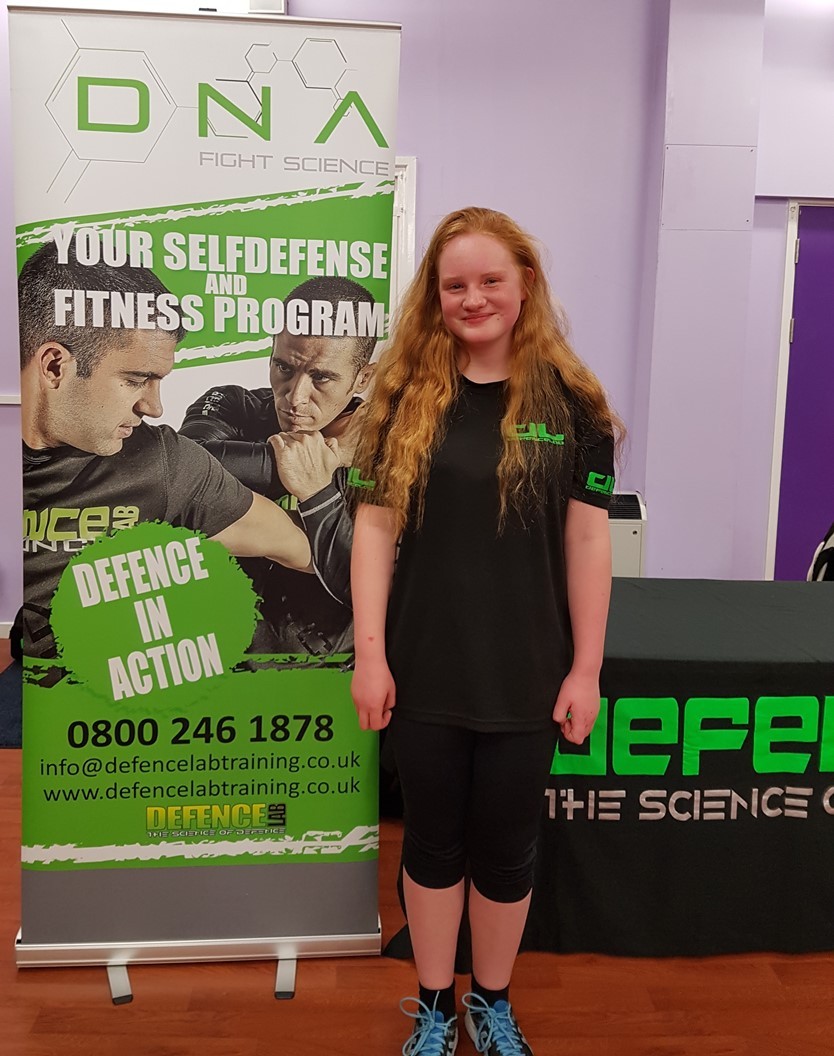 I am a netball player and train once a week. I wanted to improve my fitness further and learn some useful skills so I thought I’d like to try some sort of self defence class.

Looking on the internet my mum found Defence Lab in Worcester Park. Although I was only 12 at the time Tahir and my mum decided the best class for me would be the 13+ adult class (being quite tall for my age) and I went to my first class in June 2016 with a friend.

I was really nervous the first session and when we arrived the group was all men which normally I would have found quite intimidating but in fact it wasn’t. Everyone was really welcoming, and having done the warm up, which was quite difficult, and we had to get into groups and the other members were quite happy to come with us beginners and help us with what we should be doing.

At the end of the session I was thrilled as it was just the sort of thing I wanted and several of the members high fived us and said well done. Even if my friend wasn’t keen I definitely wanted to come back but she also loved the class and joined too. Two months ago I even did my first grading achieving my ‘White Band’.

Eight months on and I feel my fitness has improved a lot, the warm up although still challenging (as we are encouraged to always push ourselves) has become easier, and I can do 10 proper press ups without a problem. I generally feel fitter and this has shown in my netball too. I’ve led a PE lesson at school on what we do in DL which impressed everyone and I am more confident in my own ability mentally and physically.

The other great thing is that there are a lot more girls and women in the classes now since I joined so I’ve made some great new friends.

I LOVE MONDAYS BECAUSE OF DEFENCE LAB.