It’s a great feeling when your own Instructors are training not just with yourself but also with others who are literally the best in the world in their respective style.

Here’s a very recent photo of one of our team members, Chris Kistan, training in Thailand with ‘the’ Saenchai.

Saenchai is a Thai Muay Thai fighter. Saenchai won the Lumpinee Championship title, which is widely considered the most prestigious title in Muay Thai, in four different weight divisions, while mostly fighting larger opponents. He is considered by many to be the best pound for pound Muay Thai fighter, and is regarded as one of the best fighters of all time.

Chris comes from a very rich and amazing martial arts background and to have him join our team and to get trained as a DL Instructor is a powerful testament to Defence Lab truly being a genuine, reality based and no nonsense Self Defence system. 💪🏼 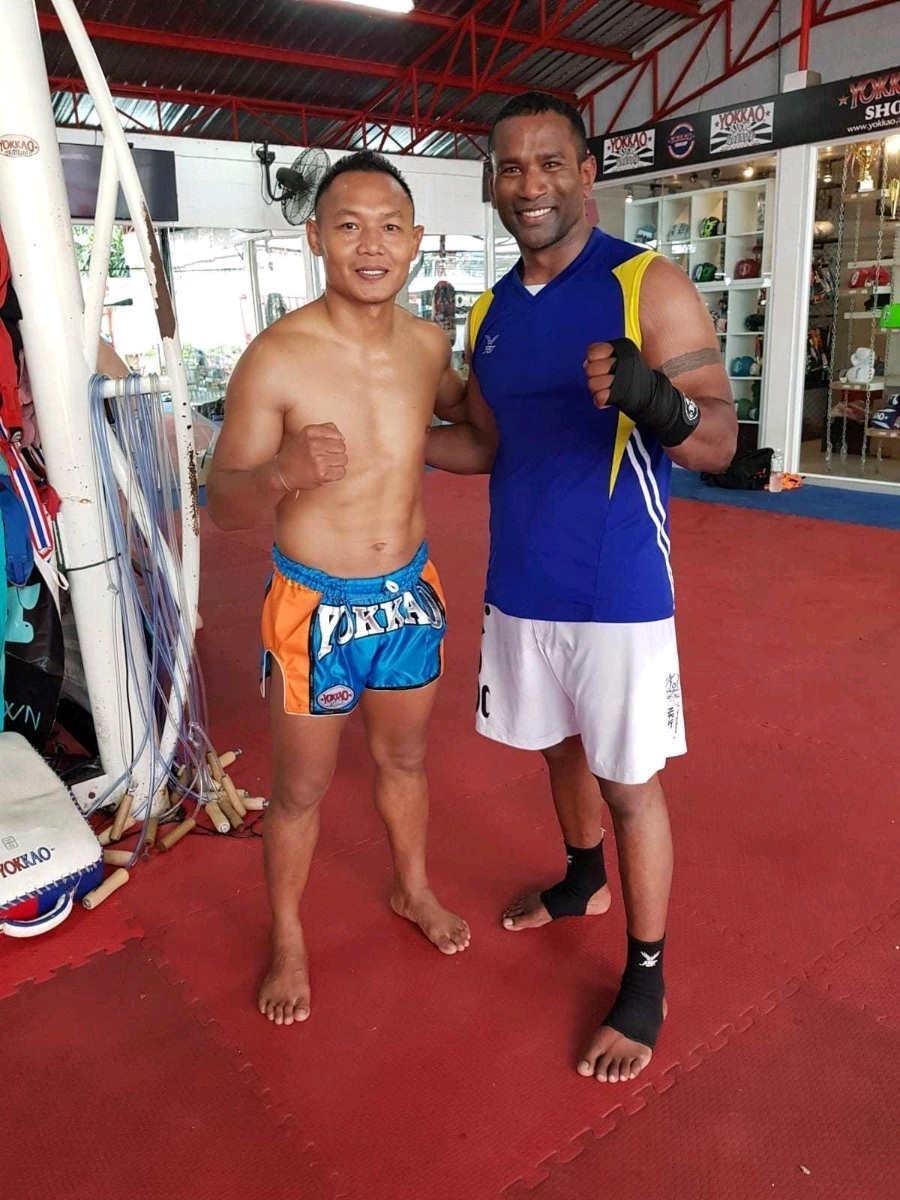