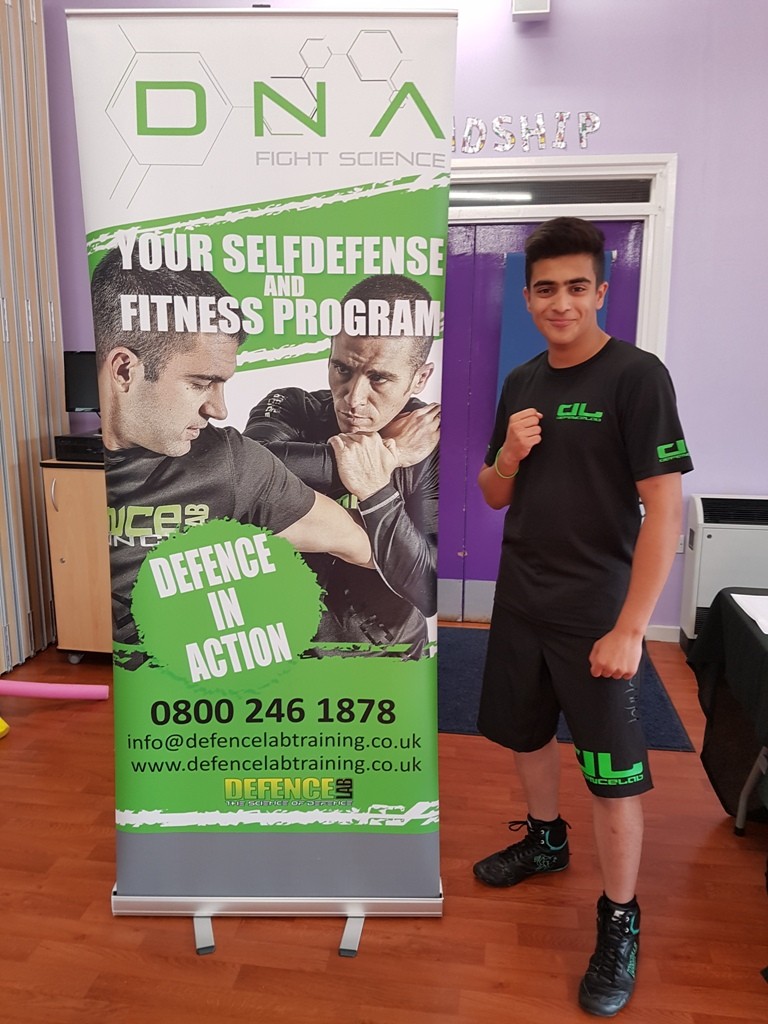 I have always had a passion for sports or any sort of physical activity. A few years ago before joining my high school which is an all boys school, my father was concerned that the environment would be different to primary school i.e. much rougher and tougher. Therefore to prepare myself, my dad began to teach me Thai-Boxing and a little Brazilian Jiu Jitsu so that I would know some sort of self defence and have the confidence needed to stand my own ground if needed.

This was a great call because sure enough, I ended up having a few situations where I needed to stand up to someone trying to pick on me. Come to think of it, my father has from the very beginning taught us to always stand up for ourselves even in primary school. As a young boy, he too got bullied which prompted him to start learning martial arts at the age of 11 and he’s been doing various styles ever since. So I guess my father made sure that his children will never have to go through what he did when he was bullied.

Ever since primary school, I remember my father always teaching us to first of all use our words to outwit the bully, never to be mean and abusive but to always come back with a smart comment to show that we were not afraid. At the same time, he always taught us to learn to laugh at ourselves if someone cracks a joke about us because this shows that you are up for a laugh and can take a joke and also be fun, which in turn may just win over the bully.

So yes, I remember having a few very small scuffles in primary school but this certainly intensified in high school. You’re bound to be tested by other boys and after a few brawls, the other boys began to realise that I wasn’t going to be an easy push over and I began to quickly gain the respect of my fellow pupils, both in my year and also from older boys. It is quite sad really, that one needs to stand up for themselves and even go as far as getting physical in order to not be bullied anymore and to gain respect, but unfortunately, that’s just how it is in the real world whether you like it or not.

After one of the situations that I had at school, I remember coming home and telling my father all about it. At this time, he was in the process of becoming a full-time instructor for Defence Lab but hadn’t started yet. He then showed me a move which I could have done in that situation and although it looked good, I wasn’t too sure as I was used to him teaching me Thai-boxing and MMA.

My father then began to show me more about Defence Lab and explain things in more detail. We then began to practise together and an hour later, I was totally won over. It’s just so quick and effective! With only a few moves I was straight away hooked and wanted to learn more.

So my father began to teach me and I haven’t stopped since. There is so much to learn and it’s so new that it really doesn’t get boring which goes to show just how different Defence Lab is.

However, the true test for me came a few months ago. I was walking to the classes one day and a complete stranger who was in his 20’s started to follow me. Now bear in mind that I am only 15! I looked at him a couple of times using the corner of my eye, noticing that he is coming closer. I simply then stepped to the side, pretending that I’m checking for my keys in my pocket but I made sure not to put my hands inside. Still keeping an eye on him, he then came close and suddenly tried to grab me from my shoulder. I used one of our techniques to get his hand away and then he instantly swung a punch at me. Thankfully, my training also instinctively kicked in with a block and a few counter strikes, I then simply ran as fast as I could. As I was running away, I looked back and saw him groaning on the floor. I quickly made my way to the classes where my father was running the younger kids class at the time. Everyone there saw that I was in a little shock, not surprising as I had just been actually attacked for the first time by a complete stranger who was much older and much bigger than me. But I remember how everyone including the other parents there were so caring and supportive. It is like one big family which is awesome!

This incident was a true test of whether Defence Lab training really works? Within only three seconds, this stranger was on the floor and I was out of there completely unharmed. And it also just goes to show that you have no idea when you might need to defend yourself!

I have also gained so many other benefits by learning Defence Lab. Just with the physical fitness training alone, I have lost the little bit of chubbiness that I had, my stamina has shot through the roof, I am a lot stronger than before and my asthma is at a level where I hardly now need to take my inhaler. Moreover, my performance in other sports has also improved. I’ve also made so many new friends and I can’t wait to meet up with everyone each training night. We call it the ‘DL Family’ and we all have a great laugh whilst we train. But the most important thing is gaining the self belief and confidence that I am able to effectively defend myself. The whole experience is truly life changing!